A poet, painter, and songwriter mainly unrecognized during his life and at the time considered mad, Blake is now called “far and away the greatest artist Britain has ever produced” and “a seminal figure in the history of poetry.” Not fully appreciated until more than 200 years after he died, he’s now considered one of the most powerful impacts on twentieth century culture with an enormous influence on Carl Jung, Aldous Huxley, poets like William Butler Yeats and Allen Ginsberg, songwriters like Bob Dylan and Van Morrison. The origin of graphic novels and fantasy art trace back to Blake.

Annotations to Watson's "Apology for the Bible" 1798

“A dog starv’d at his master’s gate predicts the ruin of the State.”

“A robin redbreast in a cage puts all Heaven in a rage.”

“Better to shun the bait than struggle in the snare.”

“Each man must create his own system or else he is a slave to another mans.”

“Expect poison from the standing water.”

“He who binds to himself a joy
Does the winged life destroy;
But he who kisses joy as it flies by
Will live in eternity's sunrise.”

“How can a bird that is born for joy sit in a cage and sing?”

“If the doors of perception were cleansed, everything would appear to man as it is - infinite.”

“It is right it should be so:
Man was made for joy and woe;
And when this we rightly know
Through the world we safely go.”

Chapters: 23. Nothing and Not

“Just trust yourself and you'll learn the art of living.”

“Man was made for Joy and Woe;
And when this we rightly know
Thro’ the World we safely go.”

“Mercy is the golden chain by which society is bound together.”

“my senses discover'd the infinite in every thing.”

“Prudence is a rich, ugly old maid courted by incapacity.”

Chapters: 26. The Still Rule the Restless

“The most sublime act is to set another before you.”

“To see a World in a grain of sand,
And a Heaven in a wild flower,
Hold Infinity in the palm of your hand,
And Eternity in an hour.”

“Truth can never be told so as to be understood and not be believed.”

“Tyger, tyger, burning bright
In the forests of the night”

“What the hammer? What the chain? In what furnace was thy brain? What the anvil? What dread grasp dare its deadly terrors clasp!”

“When nations grow old the Arts grow cold; And commerce settles on every tree.”

“When the stars threw down their spears,
And water'd heaven with their tears”

“Without contraries is no progression. Attraction and repulsion, reason and energy, love and hate, are necessary to human existence.”

“All deities reside within the human breast.”

“If the fool would persist in his folly, he would become wise.”

“The road of excess leads to the palace of wisdom.”

“The Vegetative Universe opens like a flower from the earth's center in which is eternity.”

“the fool who persists in his folly will become wise”

from Songs of Experience, 1794

“We both read the Bible day and night, but you read black where I read white.”

from The Everlasting Gospel, 1818

“The Strongest Poison ever known
Came from Caesar's Laurel Crown”

from Auguries of Innocence, 1787

“In every cry of every Man,
In every Infant's cry of fear,
In every voice, in every ban,
The mind-forged manacles I hear.”

from Songs of Experience, 1794

“The man who never alters his opinion is like standing water and breeds reptiles of the mid.”

“The laws of the Jews were the basest and most oppressive of human codes and—being like all other codes given under the pretense of divine command—were... the Abomination that maketh desolation, i.e. State Religion which is the source of all Cruelty.”

from Annotations to Watson's "Apology for the Bible" 1798

“The ruins of Time build mansions in Eternity.”

“Awake, awake, O sleeper in the land of shadows, wake!” 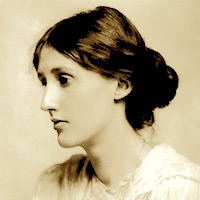 “Blake wrote, "I will not cease from mental flight." Mental flight means thinking against the current, not with it. And the current flows fast and furious. It issues a spate of words from the loudspeakers and the politicians.”

“There was no doubt that this poor man was mad, but there is something in the madness of this man which interests me more than the sanity of Lord Byron and Walter Scott.”