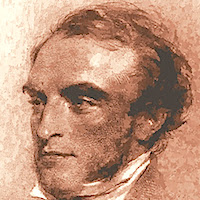 Prolific translator, editor of the first Chinese newspaper in Hong Kong, publisher of the first major volume of Chinese poetry into English, first Professor of Chinese at Oxford University, Christian missionary to China for 33 years; Legge helped translate the extensive Sacred Books of the East series, 50 volumes of Chinese classics. His purpose in this though was to provide knowledge and understanding to Christian missionaries so that they could better convert Chinese so his translations easily became corrupted by his strong sectarian point of view. In spite of these flaws, his work helped make great strides in helping “West meet East.”

“Lao Tzu's Taoism is the exhibition of a way or method of living which men should cultivate as the highest and purest development of their nature.”