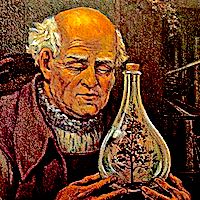 “Father of toxicology,” alchemist, medical revolution pioneer, and astrologer; Paracelsus was venerated by the Rosicrucians, intensively studied by Carl Jung, and revered by future physicians who universally recognize his medical contributions. He criticized the popular purging and bloodletting techniques of his time as well as the practices of applying cow dung to wounds. He revolutionized medicine by conceiving clinical diagnosis, promoting the keeping of wounds clean, anticipating Germ Theory, using specific instead of cure-all medicines, doing medical experiments on animals, treating mentally ill as treatable instead of possessed by evil spirits, discovering that syphilis is contracted by contact, that “poor blood” can be improved with iron, and creating the terms "chemistry," "gas," and "alcohol.” Jung carried on his work of alchemy as symbolic language expressing unconscious and innate psychological influences.

“Man is a microcosm, a little world, because his is an extract from all the stars and planets, from the earth and the elements, and so he is their quintessence.”

“Medicine is not merely a science but an art. The character of the physician may act more powerfully upon the patient than the drugs used.”

“Thought gives birth to a creative force and creates a new heaven, a new firmament, a new source of energy from which new arts flow… such is the immensity of man that he is greater than heaven and earth.”

“Poison is in everything, and no thing is without poison. Only the dosage makes it either a poison or a remedy.”

“If you prevent infection, Nature will heal the wound all by herself.”

“Be not another if you cannot be yourself.”

“The fear of disease is more dangerous than disease itself.”

“The body is not a thing apart but a house for the soul. The physician, therefore, must treat the two simultaneously and strive at bringing them into harmony which is the only true health.”

“Imagination leads man's life. If he thinks of fire, he is on fire; if he thinks of war, he will cause war. All depends only upon man's imagination; that he imagines wholly that which he wills.”

“Paracelsus had no conception of ‘psychology’ but did have deep insights into psychic events which the most up-to-date psychology is only now struggling to investigate again.” 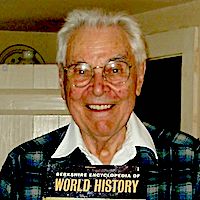 “New diseases like syphilis seemed to call for new and ‘stronger’ medicines; and this became one of the stock arguments for resorting to the Paracelsian chemical pharmacopeia and mystical medical philosophy… The swift development of European medical practice to levels of skill exceeding all other civilized traditions resulted.” 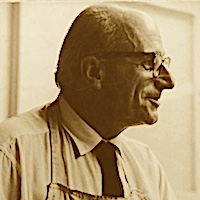 “There is no one comparable to Paracelsus—physician, astrologer, anthroposophist, theologian, mystic, and magus... He wanted to know the true nature of things through investigation and not through the study of dusty volumes.”