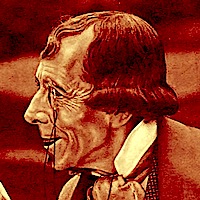 Highly accomplished two-time UK Prime Minister (and only one ever born Jewish), active novelist, poet, close friend of Queen Victoria, and one of the most influential European statesman; Disraeli led a complex and difficult to categorize life. Many saw him as an eloquent charlatan; many as a strong, capable, and patriotic leader. Countering the status quo attitude toward Jews as being inferior, he redefined Judaism as race rather than religion and described Jews as superior in talent and influence. This ironically, may have led to the later fear and resentment toward Jews that culminated in programs and concentration camps. A founder of the modern Conservative party, he brought an isolationist Britain into collaboration with Europe. After the failed Indian Mutiny of 1857 (caused by pig and cow greased bullets) and the annexation of India to Britain, he proclaimed Queen Victoria “Empress of India.” Although he promoted a kind of paternalistic monarchy and imperialism, his voice remains relevant in the ever-challenging balance between overly democratic mob rule on one side and autocratic tyranny on the other.

“There are three kinds of lies: lies, damned lies, and statistics.”

“The secret of success in life is for a man to be ready for his opportunity when it comes.”

“The more extensive a man's knowledge of what has been done, the greater will be his power of knowing what to do.”

“The greatest good you can do for another is not just to share your riches but to reveal to him his own.”

“Action may not always bring happiness; but there is no happiness without action.”

“With the aid of a few scientific discoveries, [Americans] have succeeded in establishing a society which mistakes comfort for civilization.”

“A book may be as great a thing as a battle.”

from Memoir of Isaac D'Istaeli

“Christianity is completed Judaism, or it is nothing.”

“The man who anticipates his century is always persecuted when living, and is always pilfered when dead.”

“In politics, there is no honor... The world is weary of statesmen whom democracy has degraded into politicians.”

“Justice is truth in action.”

from House of Commons speech, 1849