When first born, we’re small and weak;
The living are soft and flexible.
When we die, we become hard and stiff;
The dead are rigid, unmoving.
The greenery - grasses, plants and trees
Growing are tender and supple,
Dead are dry and brittle.
And so the strong and hard
Go along with dying;
The open to change and flexible with living.

When an army becomes inflexible,
It suffers defeat.
A tree that won’t bend
Easily breaks in storms.
The hard and strong will fail,
The open-hearted prevail.

“The green reed which bends in the wind is stronger than the mighty oak which breaks in a storm.”

“the most important part of a task is the beginning, for that is the time when character is formed, when impressions readily taken.”

“Can you stop looking to others and focus on your innermost self? Can you return to the beginning of the world and be like a newborn baby?” 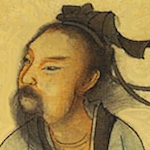 “It isn’t hard for an army to achieve victory. But it is hard to hold on to victory. There is no great army that has not brought on its own defeat through its victories.”

“I will be waiting for your silence to break, your soul to shake, and your love to wake!”

“Seeing that the living are soft and the dead are hard, we can infer that those whose virtue is hard and those whose actions are forceful die before their time, while those who are soft and weak are able to preserver their lives.” 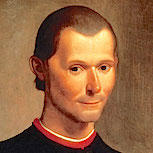 “The more sand that escapes from our life’s hourglass, the more clearly we can see through it” 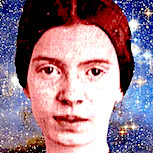 “We turn not older with years but newer every day.”

“There is rarely a degeneration, a truncation, or even a vice or any physical or moral loss without an advantage somewhere else.”

“The measure of intelligence is the ability to change.”

“your ideas mature gradually—let them grow, let them shape themselves, without undue haste. Don’t try to force them on… accept the anxiety of feeling yourself in suspense and incomplete.” 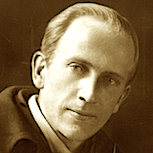 “These are my two drops of rain
Waiting on the window-pane…
All the best and all the worst
Comes from which of them is first…
John is there, and John has won!
Look! I told you! Here's the sun!”

“The secret of genius is to carry the spirit of the child into old age, which means never losing your enthusiasm.”

“Children understand… All grown-ups were once children but only few of them remember it… I have lived a great deal among grown-ups. I have seen them intimately, close at hand. And that hasn’t much improved my opinion of them… Only the children know what they are looking for.”

“We don't see things as they are, we see them as we are.” 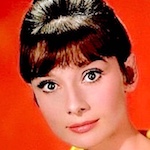 “You go back. You search for what made you happy when you were smaller. We are all grown up children, really... So one should go back and search for what was loved and found to be real.”

“tanks and tombstones are not very adequate role models… to be alive is to be vulnerable.”

“Odd as I am sure it will appear to some, I can think of no better form of personal involvement in the cure of the environment than that of gardening. A person who is growing a garden, if he is growing it organically, is improving a piece of the world.”

“When we see things as they are, they make sense to us: the way leaves move when they are blown by the wind, the way rocks get wet when there are snowflakes sitting on them. We see how things display their harmony and their chaos at the same time. So we are never limited by beauty alone, but we appreciate all sides of reality properly.”

“The first will be last and the last will be first.”

“How different this world would be if our leaders spent as much time in their gardens as they do in their war rooms.”