From the Way came the one
From the one, yin and yang
From yin and yang, heaven & earth & man
From heaven, earth, and man
The 10,000 things.

Although all the world hates
Being orphaned, widowed, divorced, destitute;
The most successful people
Identify with these states.
Since we gain by losing,
And we lose by gaining,
These teachings of old continue:
Those who love victory make enemies,
Violence and aggression destroy themselves.

“The weak progresses and goes upward. (Hexagram 35) The yielding pushes upward with the time.. However, the pushing up certainly begins at the bottom… At the top is decrease and not wealth.”

“From the deepest desires often come the deadliest hate… The hottest love has the coldest end.”

“According to Greek mythology, humans were originally created with four arms, four legs and a head with two faces. Fearing their power, Zeus split them into two separate parts, condemning them to spend their lives in search of their other halves.”

Themes: Continuity Cause and Effect

“An old lady who lives to the east got rich a few years ago. Before poorer than me,now she mocks my poverty. She laughs that I’m behind, I laugh that she’s ahead. It seems we can’t stop laughing from the east and from the west.”

“The yang we embrace is one. The yin we turn away from is two. Where yin and yang meet and merge is three.” 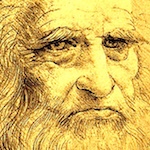 “If you are alone, you are all your own; with a companion you are half yourself.”

“No matter how thin you slice it, there will always be two sides.” 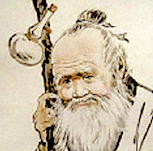 “the sprouts of living potential grow when the energies of yin and yang commune.” 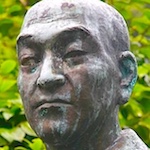 “Those who laugh together become like the waves of the sea… They are no more separate than are two waves.”

“A man can be himself only so long as he is alone; and if he does not love solitude, he will not love freedom; for it is only when he is alone that he is really free.”

“I would rather sit on a pumpkin, and have it all to myself, than be crowded on a velvet cushion.”

“Every progress of the whole must be preceded by a partial weakening.”

“the psychological relationship between the sexes… the real domain of woman. Woman's psychology is founded on the principle of Eros, the great binder and loosener, whereas from ancient times the ruling principle ascribed to man is Logos.”

“in order to attain any definite goal it is imperative that one person should do the thinking and commanding.”

“The more powerful and original a mind, the more it will incline towards the religion of solitude.” 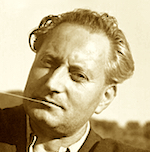 “Society tries to focus us on distant goals making it easy for us to forget that our only goal is to live, to live each and every day”

“We shouldn’t see some as sharp and others as dull. By treating all children without discrimination, we enable them to see all beings as equal.”

“low and high, winning and losing, destruction and self-destruction, reverse themselves, each turning into its seeming opposite.”