Break to become whole,
Twist to become straight,
Empty to become full,
Wear out to become new,
Have little to gain much,
With much, you gain only confusion.
The wise therefore embrace non-duality
And use that to shepherd the world.

Not competing,
In all the world they have no competition.
As the old masters taught,
Surrender to overcome.
By returning, you become whole.

“As want can reward you, wealth can bewilder.”

“Without taking credit, a wise man is accredited; laying no claim, he is acclaimed.”

“The all-victorious sage commander doesn’t attain victory by bringing the enemy over to his side. Instead he creates a larger view that includes both sides.”

“People have lost sight of the truth by coming to believe in two forms: one with the fire of heaven and light, one the opposite as a dark, heavy night. But in truth, everything at the same time is full of both light and dark, both equal.”

“All things travel in opposite directions!”

“Judgments of right and wrong are what I am calling feelings. What I call having no feelings is when people do not harm themselves inwardly by likes and dislikes but always go by what is natural and not try to add to life.”

“Lao-tzu said everyone else seeks happiness. He alone saw that to be incomplete was to become whole.”

“Those who are able to practice being incomplete… suffer no harm.”

Themes: Duality and Non-duality One Taste 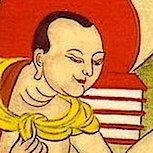 “Innocence is the way to realize non-duality.” 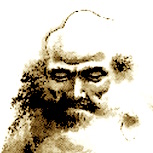 “When you meet someone who understands the Tao, don't talk but don't keep silent!”

“Those who cultivate this within themselves become sages, while those who practice this in the world become rulers.”

“Do not show your wounded finger, for everything will knock up against it… The wise never confess to being hit… Never disclose the source of pain or of joy, if you wish the one to cease and the other to endure.”

“They should be ashamed of themselves, all these sober people!”

“the difficulty is… that something can be both true and untrue at the same time… mankind cannot get on without a certain amount of absurdity.”

“Everything terrible is something that needs our love.”

“Morals are the memory of success that no longer succeeds.”

“A medicine man shouldn’t be a saint… He should be able to sink as low as a bug, or soar as high as an eagle…You can’t be so stuck up, so inhuman that you want to be pure, your sould wraped up in a plastic bag all the time.”

“The conventional moral law purely has to do with relating with your conscience rather than dealing with situations… that means you don’t actually relate with the situation at all; you don’t even have any idea of understanding.”

“We cannot find the beginning of the tantric thread unless we come to the conclusion that we do not exit.”

“It’s getting dark, too dark to see
A big black cloud is coming down
I feel like I’m knocking on heaven’s door.”