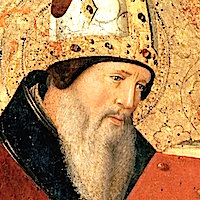 Philosophical Christian theologian, Neoplatonist, prolific writer of over 100 books, and strong influence on the evolution of Western philosophy; Augustine fought against slavery and pre-emptive war, supported women’s rights, and encouraged the acceptance of Jews. Although responsible for defining and promoting the concept of original sin, railing against magic, and fighting against paganism; his vision of the “heavenly city” positively influenced Marxism, the Enlightenment, and the environmental movement. Although used as a foundation for dogmatic belief systems, he appreciated doubt and described the search for truth and understanding as a “restless journey.” Channeling the mysticism of Plotinus and influenced by Virgil, Cicero, Stoicism, and Platonism; he became a focus for later philosophers like Schopenhauer, Kierkegaard, Bertrand Russell, Nietzsche, and Heidegger.

“You must be emptied of that with which you are full, so you may be filled with that whereof you are empty.”

“It was pride that changed angels into devils; it is humility that makes men as angels”

“The world is a book, and those who do not travel read only a page... [but] Go not outside; truth dwells in the inner man.”

“Patience is the companion of wisdom.”
Themes: Patience

“The words printed here are concepts. You must go through the experiences.”

“The purpose of all wars…is peace.”

“You aspire to great things? Begin with little ones.”

“If you say, 'It's enough, I have reached perfection,' all is lost. The task of perfection is to help us see our imperfection.”

“mists fumed up and overcast my heart, that I could not discern the clear brightness of love, from the fog of lustfulness.”

“Every disorder in the soul is its own punishment.”

Themes: Punishment Cause and Effect 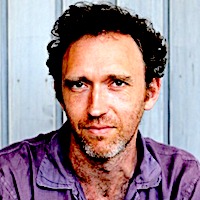 “I dreamed I saw St. Augustine alive as you or me
Tearing through these quarters in the utmost misery
Searching for the very souls whom already have been sold”