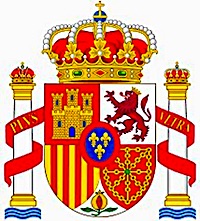 Originally settled by Cro-Magnons c. 35,000 BCE, the Iberian Peninsula was a refuge and regenerating land for humans after the last ice age hosting ancient Phoenician, Greek, Celtic, and Carthaginian villages. Iberians, Basques, and Celts ruled until the Roman conquest c. 200 BCE. After the fall of Rome, the Visigoths took control establishing the Kingdom of Toledo. The Moors conquered the Visgoths in 726 CE but gradually lost more and more territory until it became a Catholic country, Spain in the 15th century. During the Spanish Golden Age (roughly 1556 to 1659), Spain became most powerful country in the world and the first global empire. This “Age of Discovery” brought an awareness of the larger world, new trade routes, vast conquests, the beginning of colonialism, the devastation of many indigenous populations; but also, the rise of humanism, international law, and the concept of human rights. Spain’s desirable climate and geography led to an absorption of a great many foreign invaders and the creation of a diverse civilization that became a major influence on on world culture that extends into the modern era with Spanish as the 2nd most spoken native language (after Mandarin Chinese) and Spain having the 3rd World Heritage Sites (after Italy and China). 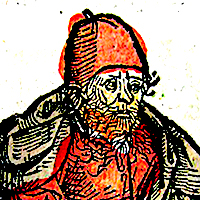 
Master of oratory, first advocate for a child-centered education, Roman rhetoriciann teacher to Pliny, and major influence on St. Jerome, Hippo, Juvenal, and John Stuart Mill; Quintilian also—according to Petrarch—“provided the inspiration for a new humanistic philosophy of education.” He became lost to history however until 1416 when Pogio while searching a filthy old dungeon found a copy of his masterpiece, Institutio Oratoria "buried in rubbish and dust.” A major inspiration in the development of humanism, on Bach’s music, and Martin Luther’s philosophy; Quintilian helped establish a solid intellectual foundation for the “words over the sense” and analyzed the symbolic, metaphorical, and figurative nature of language. 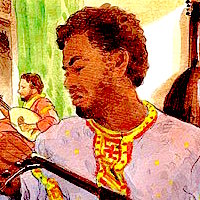 
Singer, poet, polymath, freed slave, teacher, and one of the greatest influences on world culture; Ziryab’s name is almost unknown in most of the world although the traditions and styles he initiated are commonplace. He invented and popularized the early form of toothpaste, the three-course meal, asparagus, the use of tablecloths, wearing hair in bangs, and using glass containers for drinks. Founder of the 500-year Andalusian music tradition, he laid the early groundwork for classic Spanish music, revolutionized the musical instrument design that became the lute, and created a musical style that influenced European minstrels, troubadours, and the course of European music. 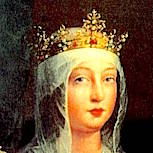 
Wise Renaissance queen, patron of the arts, strong centralizing leader, Christopher Columbus’ financier known for her fairness and justice, and the first woman depicted on both a US coin and US postal stamp; Isabella - after helping to reunify Spain, reorganized the government, dramatically brought down the debt and the crime rate to the lowest it had been in many years, and established Spain as the first global power dominating Europe for more than 100 years. Although she persecuted Jews and Muslims, her life was scrutinized by the Catholic Church for 500 years before being sainted in 1974 with the title, "Servant of God.”


In a time caught up in the fury and violence of religious intolerance, inquisitions and sectarian war: Teresa symbolized a child-like devotion and surrendering to a forgiving and compassionate god. Saint, reformer, founder of 40 Carmelite monasteries, author and theologian; with deep insight she championed and helped establish a tradition for western mysticism and was the first in the West to harmonize a scientific view with contemplation and a mystical understanding. An inspiration for the Spanish Renaissance and Christian meditation practice, she promoted “mental prayer” and a personal approach to spirituality. 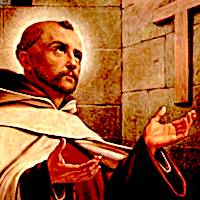 
Mystic, religious poet, major Counter-Reformation influence, and Roman Catholic saint; John of the Cross became one of the best Spanish writers of all times. While imprisoned and tortured by conservative Carmelites opposed to reform, he wrote one of his most famous poems (Spiritual Canticle) on scraps of paper secretly given to him by his jailer. After a dramatic escape, he became a friend, supporter and confessor of Teresa of Ávila and founded the first monastery of friars following her principles. In the Christian mystical tradition of the Desert Fathers, Plotinus, and Meister Eckhart; he taught a perspective above sectarian in-fighting, rigid dogmatic views, and unthinking allegiance. 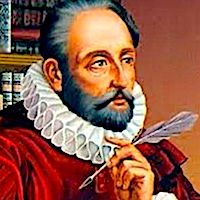 
Soldier, purchasing agent, tax collector, a cardinal's assistant, Barbary pirate captive for 5 years, and Spanish prisoner for 3 years; Cervantes became the most famous Spanish language writer, one of the world's best novelists, and writer of—after the Bible and the Tao Te Ching—the world's most translated book, Don Quixote. Translated into 140+ languages with over 700 editions, many critics believe it the best work of fiction ever written and the first modern novel. Considered the origin of psychoanalysis, one of his books impressed Sigmund Freud enough to inspire him to learn Spanish just so he could read it in the original language.


Spanish Jesuit, philosopher and prolific writer, Gracian amplified the slogan/quote tradition of Aesop, Yang Xiung, the Dhammapada, Atisa and continued by Erasmus and Ben Franklin. At times highly respected, he was also exiled by outraged superiors for his provocative philosophy and lost his teaching tenure. An important influence on Nietzsche, Voltaire, Schopenhauer and Winston Churchill; his book Art of Worldly Wisdom - translated into many languages – continues today as a best seller and exceptionally valuable resource of helpful advice. 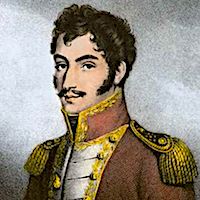 
Major image in Latin American identity, military strategy genius, and liberator from Spanish rule of Venezuela, Bolivia, Colombia, Ecuador, Peru, and Panama; Simón Bolívar became the major hero in the 19th century South American independence movements. Inspired by the idealism of the American and French Revolutions, he fought against factions, created foundations for democracy in Latin America, envisioned and worked toward a kind of United States of South America. These efforts however mainly failed, countries devolved into dictatorships, and Bolivar was almost assassinated. He described these attempts at union a failure and only “plowing the sea.” On the other hand, his legacy remains strong with major monuments to him in the capital cities of Lima, Buenos Aires, Havana, México City, Panama City, Paramaribo, San José, Santo Domingo, Sucre, Algiers, Ankara, Bucharest, London, Minsk, Moscow, New Delhi, Ottawa, Paris, Prague, Port-au-Prince, Rome, Tehran, Vienna, and Washington DC. 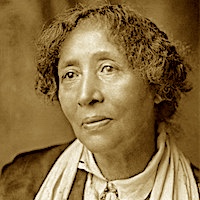 
Born a slave to Native-American/African-American/Mexican-American parents; Lucy became a powerful orator, American radical activist, founder of the Industrial Workers of the World, and labor union organizer. She married a newspaper editor and former Confederate soldier—Albert Parsons—but had to quickly leave Texas because of interracial prejudice. In Chicago they became involved in the labor movement and helped organize a peaceful rally striking for an eight-hour day. An unknown person threw dynamite at police but several organizers including Albert were blamed and executed. This became a galvanizing event on the entire world’s labor movements as well as inspiring Lucy and an active life into her 80’s described by police as, “more dangerous than a thousand rioters.” 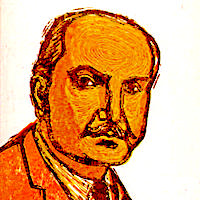 
Poet first, philosopher second, novelist, Harvard dropped-out professor, Christian-atheist, free-thinking cultural critic; Santayana mixed his poetic genius with deep, philosophic insights; beauty with truth. Born in Spain, he brought an old European flavor and aristocratic appreciation to his new but temporary American homeland saturated with the idealism and individualism of Emerson and Thoreau. Many of his aphorisms have progressed from words of wisdom to cliché to truism. ("Those who cannot remember the past are condemned to repeat it") Professor to students like T. S. Eliot, Robert Frost, Gertrude Stein, Walter Lippmann, W. E. B. Du Bois, Conrad Aiken, and Supreme Court Justice Felix Frankfurter; major influence on thought-leaders like Bertrand Russell and Alfred North Whitehead; Santayana’s influence on awakened evolution continues 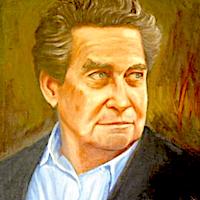 
Poet, diplomat, penetrating social commentator, one of the most important 20th century writers, and one of the greatest Hispanic poets; Octavio Paz dissolved his cultural prejudices and became a true world citizen. After traveling extensively in Asia, Europe, and the USA, he became Mexico’s ambassador to India. He criticized his countrymen as “instinctive nihilists who hide behind masks of solitude and ceremoniousness" and resigned from his Mexican diplomatic service when the government massacred students in 1968. Famous for his remarkable poetry that won a Nobel Prize for Literature, he balanced this kind of writing with influential political commentaries in popular magazines he founded. 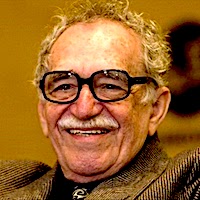 
“The greatest Colombian who ever lived,” journalist, newspaper editor, 1st Colombian and 4th Latin American Nobel Prize winner, and the best and most popular Spanish writer since Cervantes; Gabriel García Márquez quickly became a respected and influential critic of Latin American politics. He popularized the writing style now called magical realism that has now pervaded modern literature and film, perhaps reaching a peak in the writings of Haruki Murakami. Fellow Nobel Prize winner, William Kennedy called his book, One Hundred Years of Solitude "the first piece of literature since the Book of Genesis that should be required reading for the entire human race" but he was labeled a “subversive” and denied US visas until Bill Clinton called this book his favorite novel and lifted the travel ban. An active, anti-imperialist socialist, his muck-racking journalism led to an exile in Europe and relocation in Mexico but his fame opened political doors and he became an important influence on Cuban president Fidel Castro, other Latin American leaders, and on negotiations between the Colombian government and guerrilla groups. 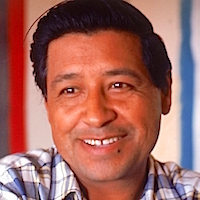 
Paulo Lugari (1944 - )
Regenerator of a rain forest in a rain-leached, desiccated area without trees, creator of a village (Gaviotas) in a nearly uninhabited area later called by the United Nations “a model of sustainable development,” and known as“the inventor of the world;” Paulo Lugari represents one of the most inspiring stories of human goodness and potential. In 1971 his group of idealistic, challenge-seeking engineers and visionaries moved to a desolate, semi-populated region of Colombia, SA. Today, that once barren land has regenerated a rain forest with millions of trees, sprouted 247 plant species, and established an aquifer that supplies water to over 45,000 people. One of the most hopeful environmental success stories ever told, Gaviotans successfully built a prototype of sustainability in an area ravaged by political terror. Every family has free housing, community meals, and schooling. There are no weapons, no police, no jail or rules, yet they are an oasis of peace.

Quotes about the Hispanic Lineage (1 quotes)

“The word for death is not pronounced n New York, in Paris, in London, because it burns the lips. The Mexican, in contrast, is familiar with death, jokes about it, caresses it, sleeps with it, celebrates it; it is one of his favorite toys and his most steadfast love.”